You are not alone

A social campaign joined by local and international NGOs in Vietnam to support impoverished children orphaned by COVID-19.

HOW WILL THEY BE SUPPORTED?

Each of the participating organisation creates their own financial support roadmap that utilises their connections and resources most efficiently. Support also vary depending on family circumstances.

All of the organisations have scholarship programmes in place to support children in the long term and make sure that they are not alone in their education path.

Having years of experience in working with disadvantaged children across Vietnam, the organisations have the capacity needed to provide counselling, guidance, and long-term psychological support that are vital to the orphans after the trauma.

All children deserve the opportunity to grow in safe, stable, and loved conditions. The ” You are not alone” campaign provides children with the financial and emotional support to heal the emotional wounds of losing their parents. Although we will never be able to help completely heal the wounds of their past, we have the opportunity to aid in the development and success of their futures.​

Thái Vân Linh
Entrepreneur - Campaign ambassador
A close friend of mine lost her mother to COVID. At age 25, this tragedy is still so hard for her to overcome. That's why when I heard about the number of new orphans in HCMC because of COVID, I couldn't stop thinking about them. No amount of help can erase their pain, but at least, by reaching out to them, we can let them know that they are not alone, and will be supported to learn and develop. 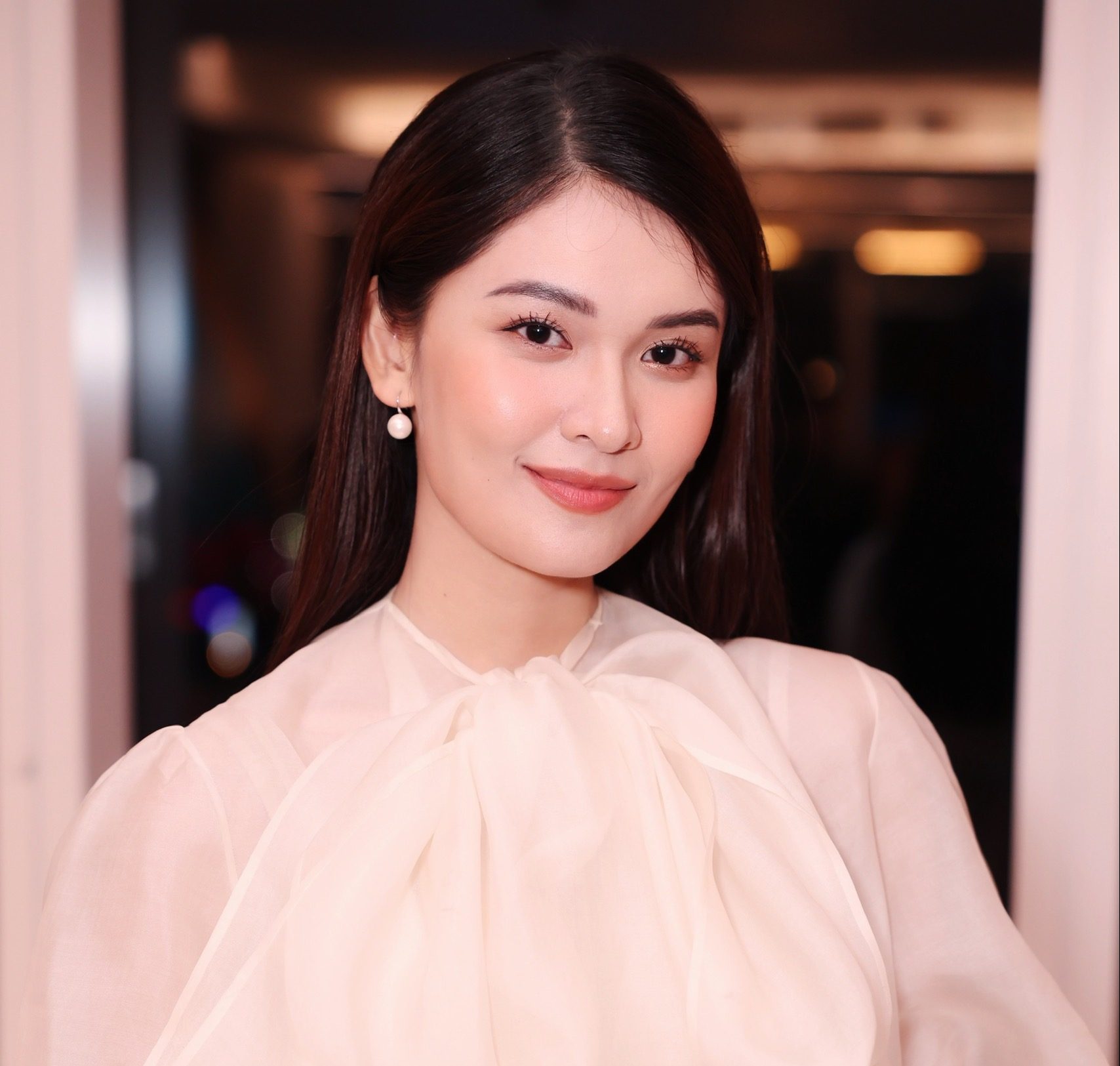 H.’s mother left home when she was nine months old. Her father suffered from addictions that he still has not overcome. He also left home. By circumstances of life, although H.’s grandparents were old and in poor health, they had to shoulder the responsibility of “parenting” five granddaughters.

In a cramped boarding house in District 7, the seven family members lived together, relying on their grandparents’ small grocery shop. Day by day, the grandparents were getting older, their health deteriorating. They eventually couldn’t continue operating the grocery shop. Despite the difficult situation, H.’s sisters still consider themselves lucky, because their grandparents never intended to abandon their poor grandchildren. H.’s two older sisters had to work at a very young stage to support the family and raise the younger sisters. Her oldest sister was a worker in the manufacturing and exporting zone. The salary was not enough to support the whole family. In the family, H. is the youngest but the most unfortunate one. Because at least, some of the other sisters still have the memory of their mother’s image. As for H., she doesn’t even remember her mother’s face, not even a small fragment of her memory of her mother. For H., her mother is essentially none other than her beloved grandmother. She raised and cared for H. like a mother. She loves her grandmother deeply.

During the time when Ho Chi Minh city was hit hardest by the epidemic, her family faced many difficulties. Her grandfather and sister had Covid. The whole family survived on a meagre allowance from the company where her oldest sister worked. Most painfully, the impermanence of life took H.’s grandmother away forever. Her grandmother passed away from Covid. It took a long time for H. to accept the fact that her grandmother had died. H.’s mother had left her when she was a baby. Now another “mother” who had taken care of her from her first steps, had also left her forever. This disappointment and loss is probably the thing that H. can never forget in her whole life. The young girl’s face, at the age of twelve, was filled with immense sadness, hidden with fear. That was even more apparent through her statement: “I want to continue going to school and living with my grandfather and sisters!”. Faced with the unhappiness in life, what she craves the most is still the word “family”.

Standing in front of a small boarding house, we smelled the faint aroma of tamarind and spicy vegetables from the Canh Chua pot. When we stepped straight inside, a young teenage girl struggled with a pot of boiling soup on the stove. The place where we arrived was a small, quite humid room of about the size of 9 square meters in Tan Tuc town, Binh Chanh district of Saigon. The girl with long hair, named N., was quickly preparing lunch for herself and her younger brother. N. hastily turned off the stove and greeted us with a sad face. When broached about her mother, the girl’s eyes filled with tears, and with a choked voice, she said: “My mother worked hard, working day and night to support us. Sometimes, she didn’t even come back home until midnight or until early morning the day after. I remember the dishes my mother used to cook. All of them were delicious. I love the Canh Chua soup which my mother cooked.”

In the past, N.’s family consisted of her father, her mother, her younger brother, and N. herself, who were all living together in the same room that we visited. N.’s mother was a worker at a garment company. The meager salary was not enough to support the entire family, so her mother had to work part-time at a karaoke establishment in the evenings. N.’s father is a bricklayer. However, his job was not stable. When there was construction, people called him to work. N.’s family situation was difficult economically because of that. But it seemed like the adversity of life did not stop there.

Unfortunately, her father has been suffering from chronic insomnia for four years. It has caused his nerves, memory, and health to deteriorate significantly compared to before. Previously, although N.’s family life was difficult, all family members were still together and present. N. and her younger brother still go to school every day. As it is, with her mother deceased, a lot of changes will definitely affect N.’s sisters. Before, N.’s mother was the main economic provider for the family. And now, many difficulties and worries weigh on the shoulders of her father, who is in poor health. N. has not yet fully recovered from grieving the loss of her mother. When N. was talking with us, troubles and disorientation were evident on her face.

That’s what we heard throughout the majority of our conversation with H., a middle school student in Go Vap, HCMC.

Visiting the family, we found out that he is currently living with his mum and younger sister at his grandparents’ house. During the recent outbreak, H.’s entire family contracted Covid-19, and unfortunately, his father passed away on the 17th of September.

When asked about the family’s current living circumstances, H. informed us that his father was the family’s breadwinner. His mum is a kindergarten teacher, earning 5-7 million per month. Since his father’s passing, the family has been facing financial difficulties. As the primary caregiver, H.’s mum now has to take on the role of primary provider as well – carrying the financial burden of providing for two young children, solely.

When we asked about his father, H. candidly shared: “I miss my dad so much. I remember we used to drive around as a whole family every Sunday. We’d drive around in the cool wind and get bubble tea. Every Sunday, I find myself missing this family tradition”.

“I wish we could drive around on the motorbike as a family again” – H. answered.

Riding with dad to school

T is a secondary school student in District 5, HCMC. Her family comprised of her parents, T, and her brother, who all resided together in her grandma’s house in District 10.

Following her father’s death, T’s entire family continued to reside at her grandmother’s home. Despite the suffering, her mother, who works as a labourer at a fishery, strives to maintain control over her emotions and provide for her children, with the modest income of about US$200 a month.

Sometimes, T has flashbacks to the times when her father drove her to school. There were late nights when he had to wait for her for an extended period of time after a long day, but he never grumbled. The more she mourns her father, the more she feels for the hardships that her mother now has to face alone in order to care for her and her brother. Pain and adversity pile up on her route to education and her life but T is not willing to give up. She hopes to continue her studies with the dream of enrolling in Foreign Trade University in order to be able to assist and support her family in the future. Her greatest wish right now is perhaps for her mother’s well-being, so that they may all work through this tough time together.

What has the campaign done?

A monthly report of “You are not alone” is published on this website, on social media channels of the participating organisations, and sent via emails to donors who left their email addresses.

HOW YOU CAN HELP

Funds raised by this campaign will be allocated equitably amongst the organisations to maximise impact. The receiving accounts (saigonchildren’s) are audited annaually by KPMG.

If you are in Vietnam and use Momo, you can donate via the QR code above or link below. Please leave a note with [Your name] – [Email address] so that we can update you with the impact of your donation.

Making a donation is easy and most seamlessly if you donate with a credit or debit card. You will automatically get a receipt via email that can be used for tax exemption purpose.

A NGO registered in the UK and operate entirely in Vietnam. With the mission to remove barriers to education for disadvantaged children, saigonchildren operates with four programmes: building schools, providing scholarships, vocational and skills training, and special needs education. Starting in 2020, saigonchildren has also been directly involved in emergency support for victims affected by COVID-19, and floods in the central region.

As a Vietnamese NGO, MSD strives to promote favourable environments for the development of social organisations, and advocates for the actualization of rights for marginalised and vulnerable communities, especially the youth, women, and people with disabilities. MSD works in the fields of capacity building for social organisations and stakeholders, encouraging responsible business, and progressing and protecting rights for women and children.

The Capacity Building and Support Center for Women and Children (CSWC)

CSWC is a Vietnamese social, non-profit organisation established with a mission to improve the quality of life and to promote equal rights, respect and opportunities of sustainable development for disadvantaged women and children in society.
Facebook
1
CITIES AND PROVINCES
50000 +
CHILDREN SUPPORTED
20 +
TOTAL YEARS OF EXPERIENCE

and many other organisations, groups, and individuals for supporting this campaign.